Haskap berries, also known as blue honeysuckle, sweetberry honeysuckle, fly honeysuckle, blue-berried honeysuckle, or the honeyberry, is a non-climbing honeysuckle native throughout the cool temperate Northern Hemisphere in countries such as Japan, Russia, and Poland. In Japan, “haskap” means "little present on the end of a branch”. Very suiting, as they are quite the treat!

Haskap berries are dark blue/purple, and resemble a blueberry except they are oval or cylindrical, and about 2.5 centimetres long. The taste is distinct. Packed full of flavour with undertones of raspberry and wild blueberry. Some also say they have a hint of elderberry, black currant or grape, and a tartness.

Health benefits of the haskap have earned it the ancient phrase "the berry of long life and good vision". Haskap berries are high in Vitamin C and A, fibre, and potassium. They are extremely high in antioxidants such as Anthocyanins, Polyphenols, and Bioflavonoids. In comparison, they have three times the antioxidants of a blueberry, more vitamin C than an orange and almost as much potassium as a banana.

The haskap plant typically flowers in mid-April to mid-May with the fruit ready to harvest in late June to early July. It is one of the first plants to flower in the spring, as well as the first fruit to ripen. This is a very important food source for native pollinator populations! You can see hundreds of bees and pollinating insects enjoying the blossoms at Danbrie Farms. 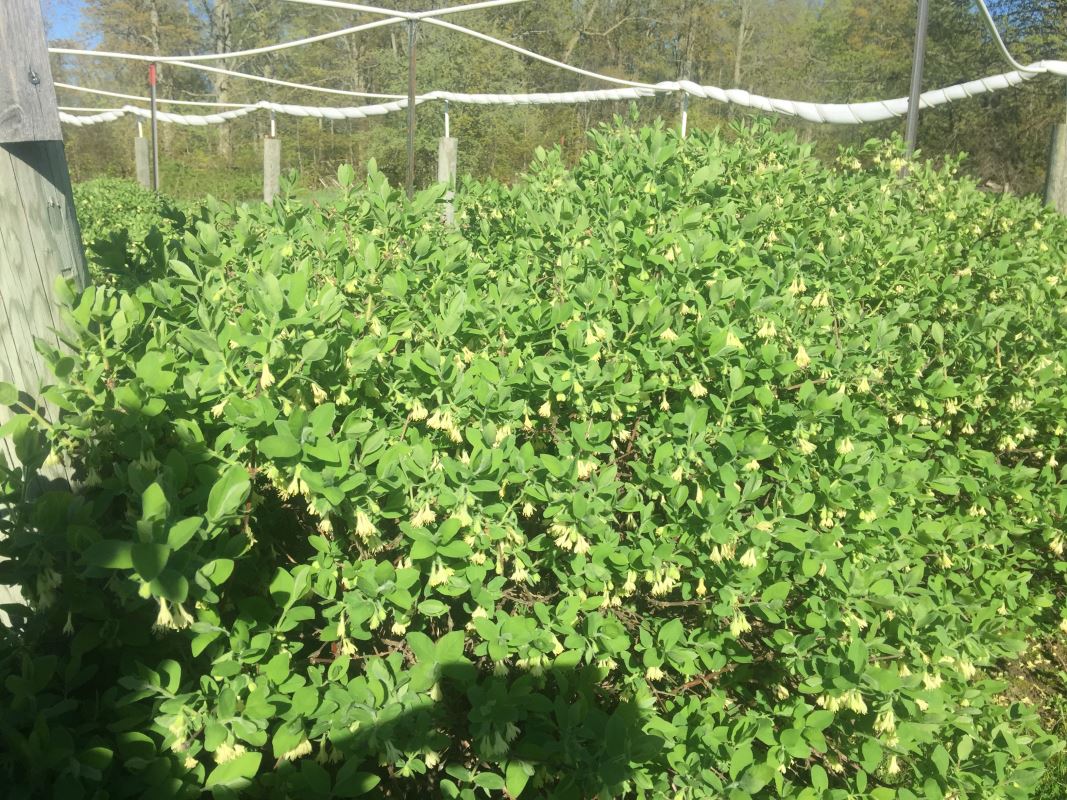 Although haskap berries are not native to Canada we have the perfect climate and they are not an invasive plant. Haskaps have very few pests resulting in no need to spray insecticides. We have been growing haskaps at Danbrie Farms for over 9 years and have never had to spray them. Although the birds have definitely caught on and also love these berries! So we simply use netting to protect the haskap crop from birds.

Our favourite ways to eat haskap berries are in sauces and smoothies and with ice cream. Each year we make small batches of our must-try haskap berry jam!