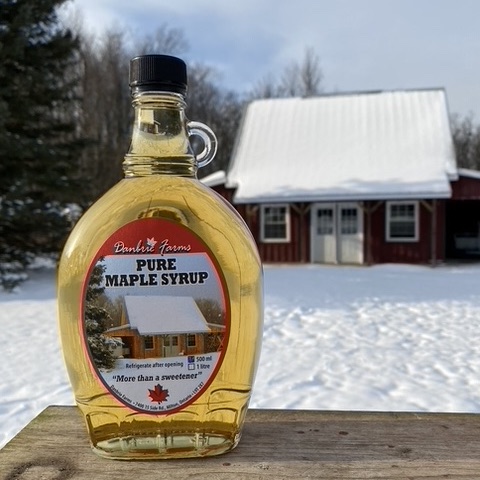 Delicate Taste - A delicate, sweet and buttery, syrup with gentle maple undertones and clear gold in colour. Often used to make maple sugar candies. It is also loved on yogurt or drizzled over desserts like ice cream. 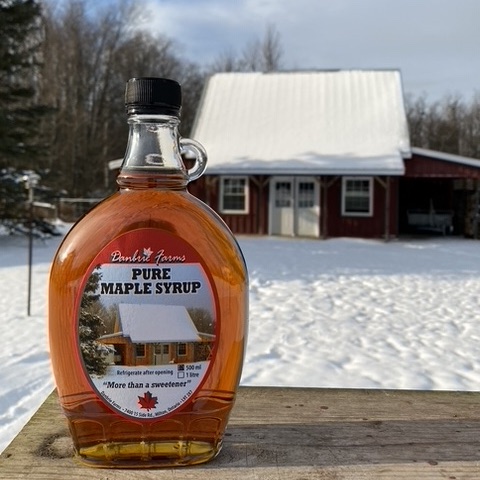 Rich Taste - The most popular syrup due to its familiar, distinct maple flavour and colour. When most people think pure maple syrup over pancakes or waffles, they’re thinking of Amber. This grade is recommended for anyone purchasing maple syrup as a gift. 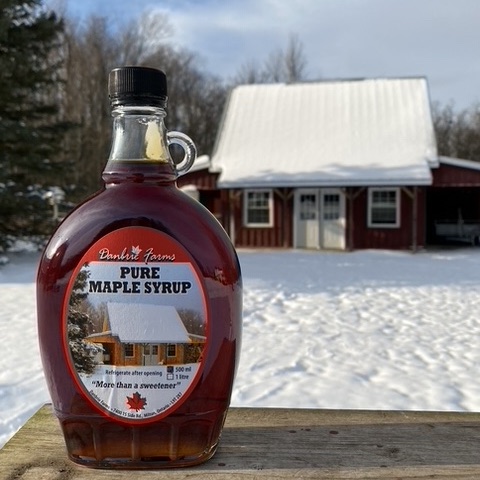 Robust Taste - This versatile syrup is dark amber in colour and holds a robust maple flavour. A great choice to pour over pancakes for anyone wanting more maple body. Dark also holds its flavour well when used in oven-dishes like squash, as a meat marinade, baked into pastries, or drizzled over desserts.

The History of Maple Syrup

Maple Syrup is a gift we originally received from the Ojibway and Six Nations peoples.

Before the arrival of the European settlers, the custom of collecting and boiling the sap of sugar maples had long been practiced by the First Nations peoples of eastern North America. First Nations peoples originally used sap as a cooking liquid for stews and for curing meats, but over time they began processing the sap into syrup. Maple syrup became a valuable trading commodity when a method for transforming syrup into sugar was discovered through straining, reheating, thickening, and stirring.

Canada's early European settlers learned the skills of tapping trees and making syrup from these Indigenous communities. Over time, methods evolved: instead of making v-shaped cuts in the bark, settlers manually drilled holes into trees and pushed wooden spouts into them. They hung buckets from nails below the spouts to protect the sap from strong winds or animals, and used iron pots over open fires to concentrate the sap. Learn more about our tapping methods here.

The health benefits of maple syrup are attributed to the presence of various vitamins and minerals. For example, a quarter-cup of maple syrup contains 100% of the recommended daily value of manganese, which improves energy production and is necessary for normal brain and nerve function.

Maples can be found all over the northern hemisphere and are known for their interesting shaped leaves (adorned on the Canadian flag), and for their dazzling fall displays.

Syrup season usually starts in March when ideal temperatures occur. In order for sap to flow the temperature should be around -5C at night and +5C throughout the daytime. The syrup season will usually last an average of about 3 weeks each year. As long as a pattern of freeze and thaw continues, the production of maple syrup goes on uninterrupted; if it becomes too warm or too cold, however, production quickly drops. After this the buds come out and the sap collection is complete for the season.

The sap of sugar maples contains a higher concentration of sugar than the sap of other trees. This sugar is the product of the photosynthesis that occurred during the previous summer. The trees store the carbohydrates produced by photosynthesis in the form of starch. Starch is converted to sucrose (sugar) and dissolves in sap. Amino acids in the sap give maple syrup its distinctive flavour, which differs from that of pure sugar.

A single tap in one sugar maple tree can produce 30–60 litres of sap annually. It takes 40L of sap to make 1L of Maple Syrup.

Often mistaken for a native tree, the Norway maple is a menace in parts of Ontario. Norway maples have been spreading rapidly through different local ecosystem, displacing native species. Tar spots scar Norway maple leaves in the late summer and fall, making it easy to identify the tree. Fall foliage of Norway maples is often yellow, while our native sugar maples turn a spectrum of warm colours.

Sustainable practices are critical to supporting healthy forests and the long-term production of maple syrup. They include maintaining a healthy degree of biodiversity; and avoiding the use of heavy, soil-compacting equipment.

Within the sugar bush, environmental conditions, soil types and exposure to sunlight all affect the trees' production of sap. Trees growing with adequate moisture and nutrients will produce more sap than trees growing in infertile soil or dry conditions, as will trees that are exposed to more sun and therefore capable of increased photosynthesis.

Our maple woodlot sits at the top of the Niagara Escarpment, which is made of limestone and its composition is chiefly calcite. Tree roots penetrate the limestone and result in maple syrup with a flavour that is unique to this area. 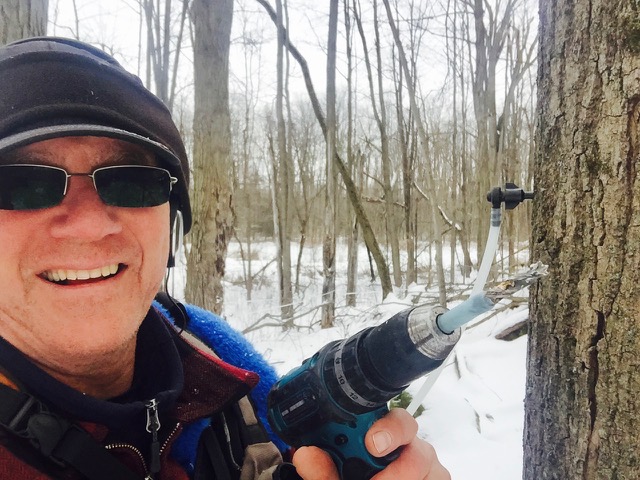 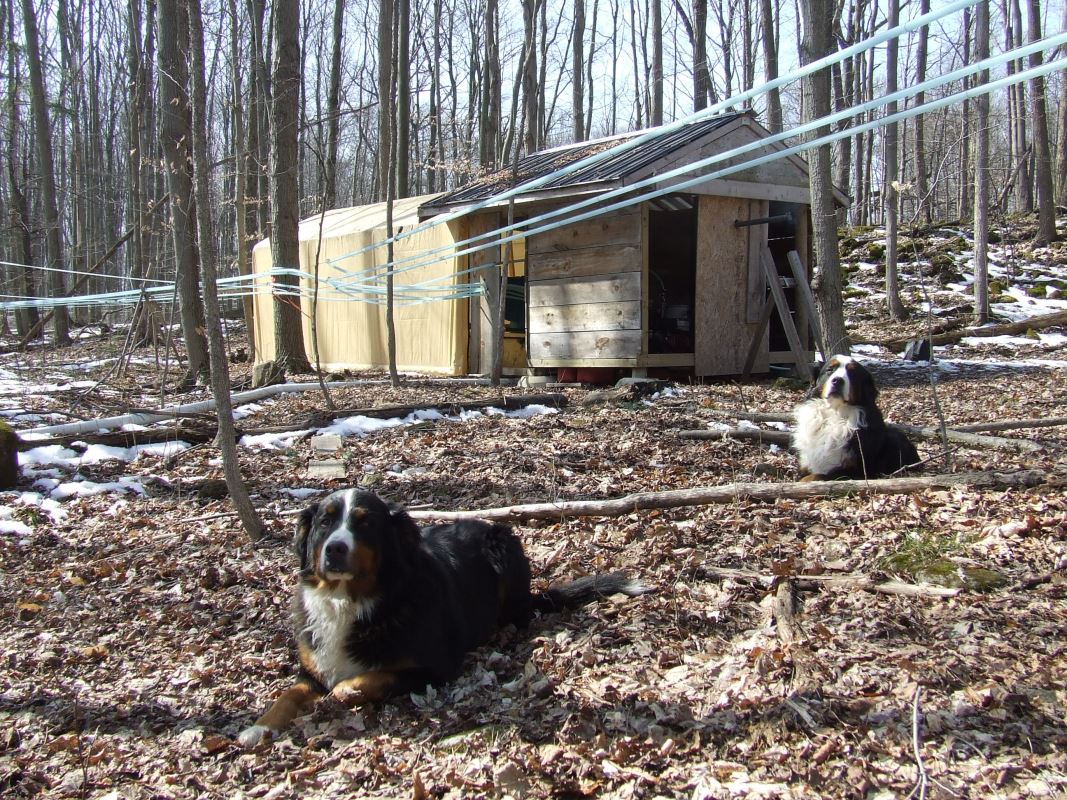 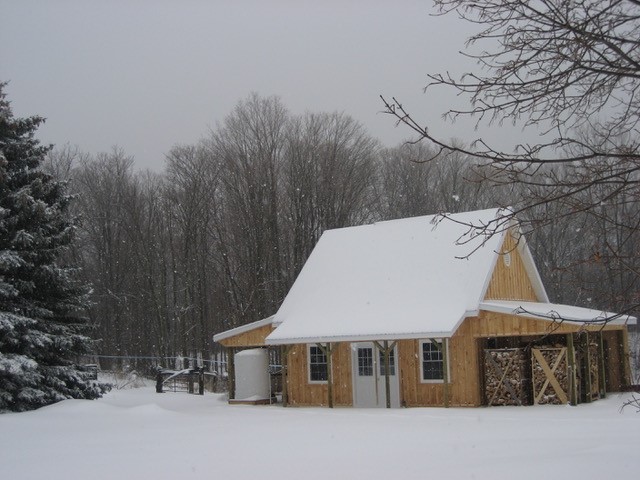