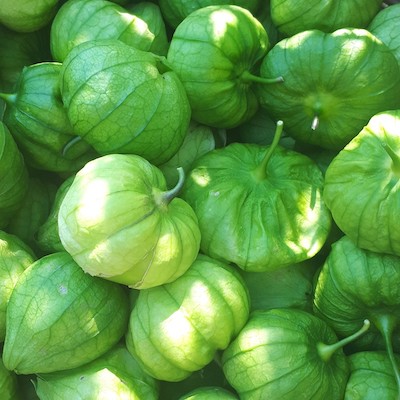 Surprisingly, tomatillos are not baby tomatoes! Even though the Spanish name translates to “little tomato" and they are sometimes called husk tomatoes. Botanically speaking, they are members of the nightshade family, which is home to tomatoes and cape gooseberries, too. But tomatillos are a distinct species from both, growing to about the size of a golf ball with a more intensely sour flavour. Tomatillos have a dry leafy husk that wraps around the outside. When peeled, they resemble green unripe tomatoes, but are firmer and have less water content.

These fruits (just like tomatoes) are native to and largely grown in Mexico, but have been adopted by North American farmers due to their resistance to disease. Tomatillos love hot weather and have their peak harvest season in summer and early fall. When brought to full maturity, their fruits can turn shades of red, purple, or yellow, just like their tomato cousins. Although, tomatillos are mostly harvested and eaten while green and underripe, while they still have their signature acidic edge.

Tomatillos have several antioxidants with cancer-preventing properties. Specifically, they are a source of phytochemicals called withanolides. These natural plant compounds have been shown to induce apoptosis, or cell death, in colon cancer cells. Tomatillos also provide vitamins A and C, which both act as antioxidants against free radicals.﻿

Tomatillos have a slightly more acidic, slightly less sweet flavour than ripe and unripe tomatoes. Overall, the flavour is more vegetal and bright, and the interior texture is denser and less watery. Prepping a tomatillo is pretty straight forward. The husks can be easily removed with your hands. You’ll notice a sticky film on the surface, which will come off with a quick rinse under warm water. From here, you decide what you want to do with them...

Tomatillos are incredibly versatile and are packed with a vibrant and tangy flavour that lightens up any meal! If you want to keep the flavour bright and play up their acidity, use them raw. If you want to mellow out that acidity a bit and access the fruit's deeper, more savoury qualities try cooking them—whether roasting or grilling them whole or chopping them for a saute.

Roasted tomatillo salsa is great. Raw tomatillo salsa is also fresh and tangy. But tomatillos are good for more than salsa! You can keep the sauce train running by pureeing them into creamy sauces and curries or add them into vinaigrettes for more acid. They can also sub in for a tomato when sliced thinly, layered over some ricotta, drizzled with olive oil, and eaten on toast. But applications don’t stop there!

You can grill them with onions for a steak side, incorporate them into bean-heavy chilli or posole, or braise them with chicken for a saucy stew. They’re great to serve over grilled fish, a spicy pork chop or alongside a bowl of tortilla chips. Add them to stews and curries or serve them grilled on a burger or piece of roast chicken. There are truly countless ways to use tomatillos!

A huge appeal to tomatillos is that they are a pretty resilient fruit. When kept inside their husks, in the fridge, they can keep for 2 to 3 weeks! Use a paper bag in the fridge as tomatillos in plastic will cause rapid spoilage. They can even be frozen for up to 6 months to use for cooking; remove husks, wash, dry and pop them in a zip-top bag. 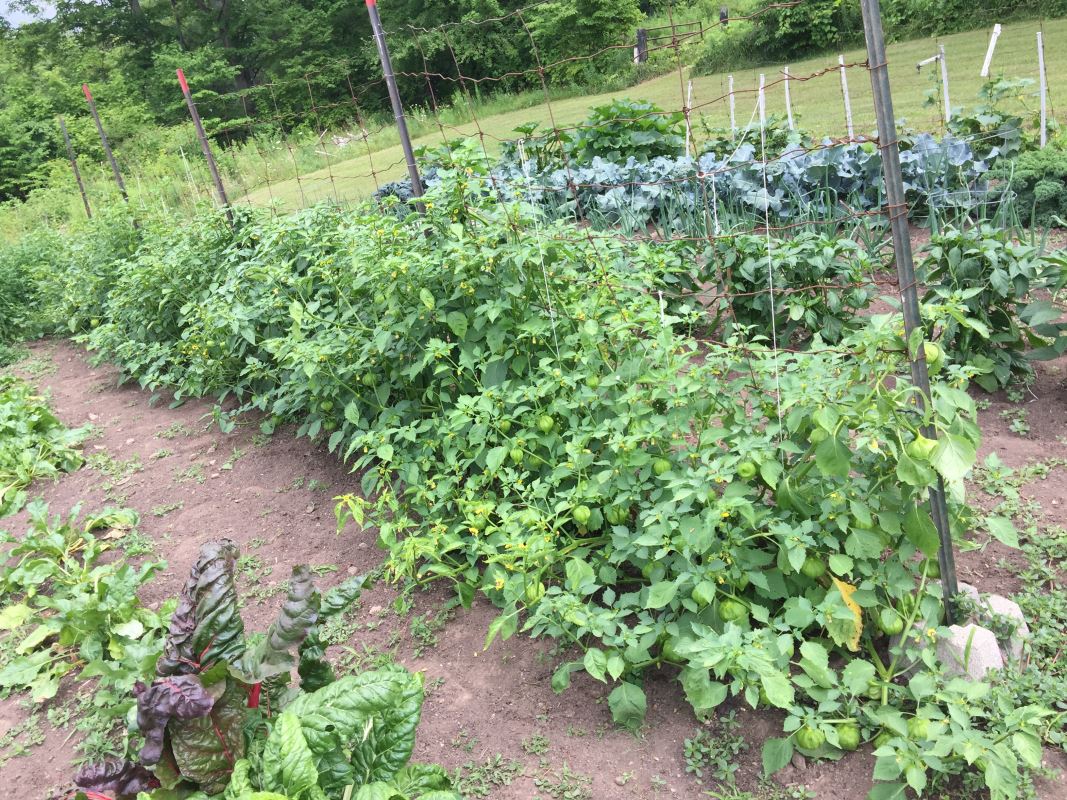 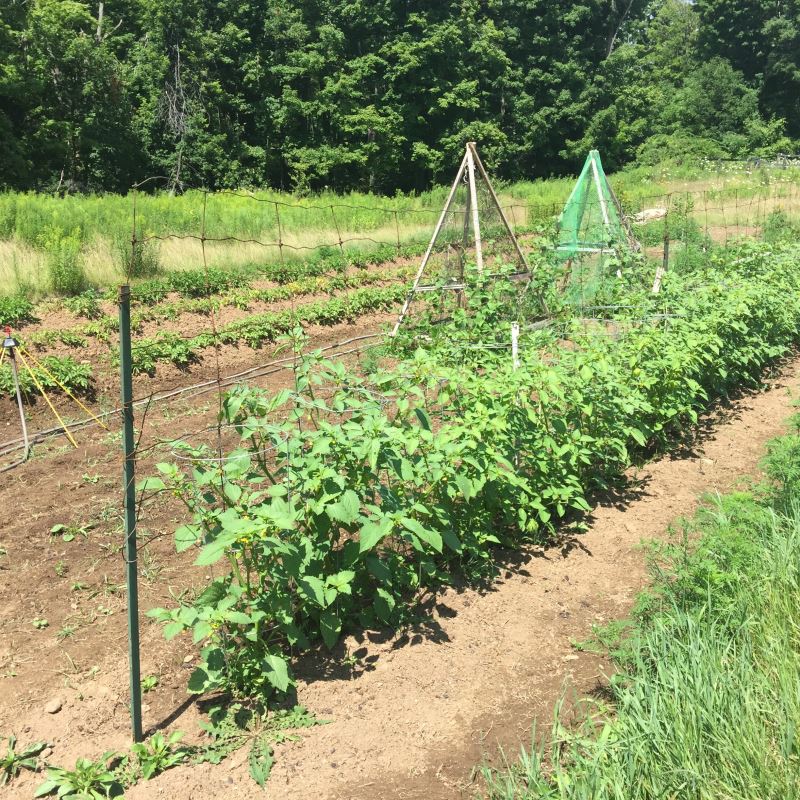