These sweet, orange-fleshed Sibley squash from Danbrie Farms are indigenous to North America, originally grown by First Nations and passed on to the early settlers. They are also referred to as Pike’s Peak squash. Unusual for both its pear shape and grayish-blue colour, this squash is valued for its excellent taste and firm rind. Michael Pollan described Sibley squash as “pinched in at both ends and bulging at the waist.” Sibley squash is often referred to as 'the best of the bananas,' a group of squash noted as 'top tier' and we agree! Its flavour is rich and complex with perfect sweetness and a melt-in-your-mouth texture.

Sibley was introduced by the seed company Hiram Sibley & Co. of Rochester, NY, in 1887. Some time after that, it almost disappeared forever. Fortunately, a woman in Van Dinam, Iowa loved this squash, and for a half century grew it in her garden, saving the seed year after year. Her seeds were "rediscovered" by Seed Savers Exchange and put in their catalogue. We obtained our seeds from Seeds of Diversity. Their mandate is to protect biodiversity and preserve heirloom varieties. We chose Sibley squash because we wanted a variety that was native to the area, would provide biodiversity, and could be stored over winter.

The flesh is orange and thick with an excellent sweet flavour. With a hard rind it is an outstanding winter keeper. The flesh dries out and the taste often becomes more full-flavoured and delicious with time. You can enjoy this winter squash soon after purchasing, but keep in mind the flesh becomes drier and richer with storage so many customers stock up and keep them for the winter months ahead. Just make sure to store it properly!

So, why is the Sibley called a winter squash? Unlike its summer cousins (zucchini and patty pan), winter squash has a thick rind that allows it to keep for long periods of time. Winter squash is harvested in late summer and early fall and can last through to winter.

Sibley squash is excellent when roasted, steamed and baked. They can also be pureed and used in cakes, pies and breads just like you would pumpkin! 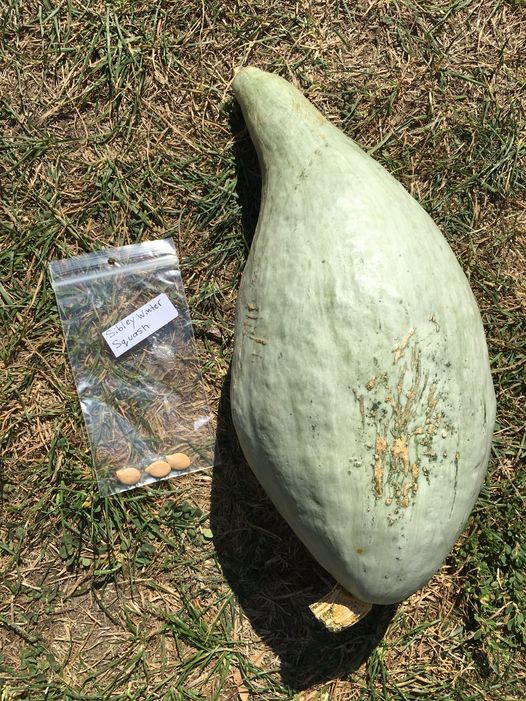